At the beginning of March 2016, the Silesian company The Farm 51 ,with the assistance of the Open Dialog Foundation, entered into an agreement on the support of the image of Chernobyl VR Project by the Mayor of Kiev, Vitaliy Klitschko. The premiere of the application, which allows people to visit Chernobyl and Pripyat without leaving home, will be held on the 30th anniversary of the disaster.

As part of the assistance programme provided by the Kiev authorities, a premiere of the project as well as two conferences – one revolving around technology, and one related to investments – will be held in the city centre. Support will also be provided through social media, television and the press.

“The company stresses that due to the visit and a number of meetings organised with the participation of the Open Dialog Foundation and local politicians, representatives of foundations supporting survivors of the disaster, media representatives and potential technology partners, connected with the presentation, the Chernobyl VR Project will pave the way for the launch of business cooperation also in subsequent virtual reality application projects”– Parkiet reads. 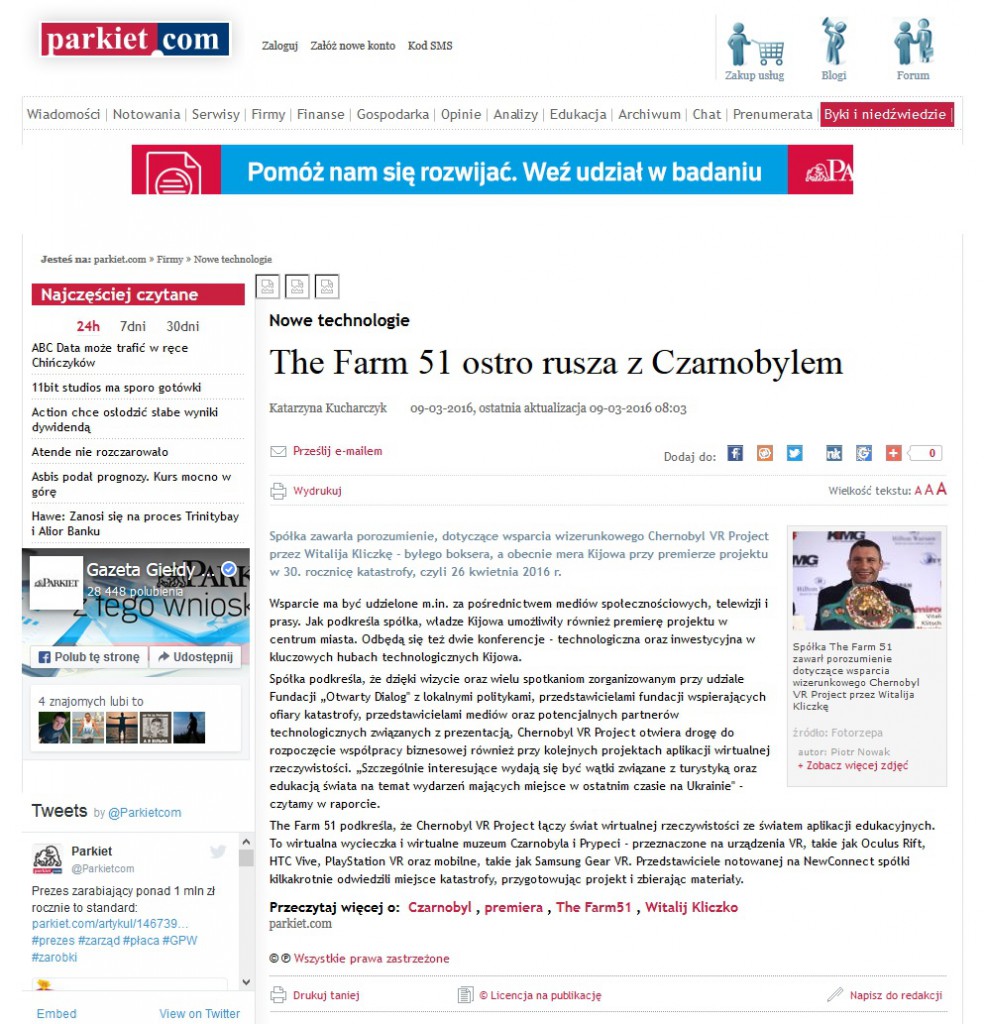