The world premiere of the project developed by the Silesian company The Farm 51, which will be held with the support of the Open Dialog Foundation in Kiev on 26 April, 2016, aroused great interest in the Polish media. Bartosz Kramek spoke about the event and the application itself (the Chernobyl VR Project) for media outlets, such as Polskie Radio [Polish Radio] and the TV Republika {Republic TV]. The project was also mentioned by Gazeta Wyborcza and the online portal NGO.pl. 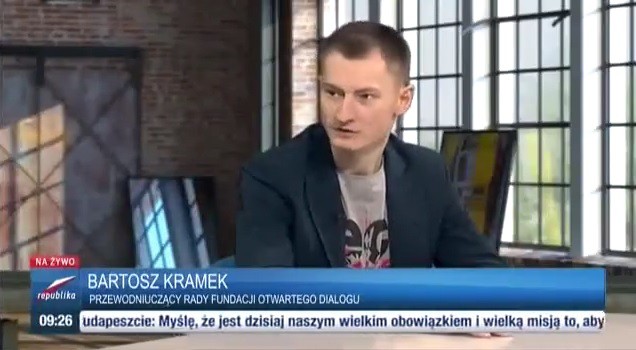 – Chernobyl VR Project is the flagship project of the Polish company. In connection with the fact that the Foundation is involved in activities relating to Ukraine, and the project, as the name suggests, concerns Chernobyl, both The Farm 51, developing the technological part of the project, and the Open Dialog Foundation, initiating Polish-Ukrainian cooperation, are working together on the presentation of the application which will take place at a conference in Kiev on the 30th anniversary of the Chernobyl disaster – Bartosz Kramek stated on Polish Radio. In addition, the Chairman of the Foundation was a guest of a TV Republika programme, devoted to the premiere of the Chernobyl VR Project. Additionally, the event was announced by the NGO.pl online portal and the Gazeta Wyborcza newspaper: